Boston Boy: A Greyhound Journey Serves as a Love Letter to the Greyhound Breed 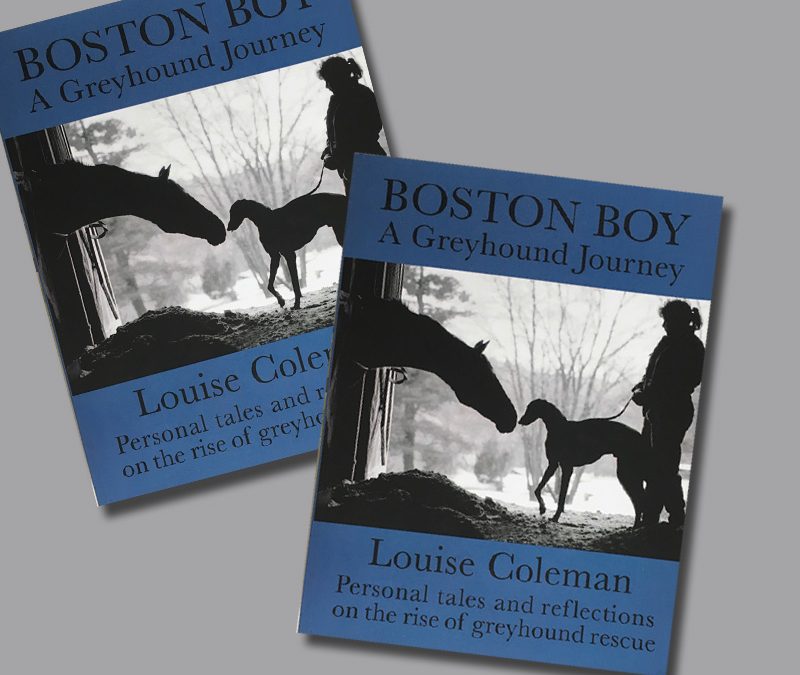 Sherborn, MA-Long-time greyhound advocate Louise Coleman’s love of greyhounds began on Mother’s Day 1983 when retired champion racer Boston Boy entered her life. This graceful animal shared a small Cambridge apartment with Coleman and her son Nolan. Boston Boy launched her on a life-long journey that sent her all over the world to ensure the safety and welfare of Greyhounds and other dogs in need.

“Boston Boy: A Greyhound Journey” takes readers through the author’s challenging yet rewarding efforts as an advocate for greyhound welfare, and the many people and dogs she met along the way. The book illustrates the danger greyhounds and galgos exported from Ireland to countries including China, Pakistan, and Spain face, and captures the human spirit and the need that drives people to work toward reducing the suffering of the vulnerable. Coleman founded nonprofit Greyhound Friends in 1983 where she remained until 2018.

“I had so many wonderful and also heartbreaking experiences to share, which is why I decided to write this book,” said Coleman. “My work with greyhounds has taken me around the globe and provided me with connections with people as well as greyhounds that will last a lifetime.” “I was drawn to the greyhound breed upon meeting Boston Boy 38 years ago and my commitment to end the suffering of these gentle, graceful animals is stronger than ever.”

“Boston Boy: A Greyhound Journey” also tells the tale of the grassroots efforts from so many that made a big difference toward positive change and ultimately saved the lives of greyhounds. Readers will also meet the many dogs that captured Coleman’s heart along with the heartbreaking losses along the way. Please visit www.boston-boy.com to order the book or for more information.

Louise pictured with her dogs, Gunshy and Elvis. Elvis is a lurcher rescued from Limerick Animal Welfare, and Gunshy was a hunting dog from Kentucky who was retired due to his fear of guns.

Louise Coleman started greyhound adoption nonprofit Greyhound Friends in 1983 and remained as Executive Director until 2018. Coleman vigorously defended animal cruelty charges and was found not guilty of those charges in 2017. She has received numerous honors for her many years of dedication to the greyhound breed including The Peace Abbey’s Courage of Conscience award, the Massachusetts Antivivisection Society’s Reverence for Life honor, and the North Shore Animal League’s Person of Distinction award. Coleman continues to have strong ties with the global greyhound advocacy community and continues to work to end greyhound racing in Ireland, Spain and parts of Central and South America.